The very special Karakul sheep are specially raised to make karakul caps and coats. The mother is forced to abort the fetus before it is born because the curls of the fetus are the tightest at this stage. The fetus is then skinned alive. Both mother and child die in the process. My idea to make work about the Karakul is to connect the origin of The Cap, which has been used by over the centuries by various politicians like Jinnah, with what it stands for. The Karakul Cap is a symbol of power, of the aristocracy, of certain middle-class values, of refinement and of class. It pretends to unite the masses making all that it stands for, tempting and accessible.

The installation mimics the ‘salon style’ of hanging art. The salon style hang has its roots in the 18th-19th century European academies, schools where art was taught and exhibited in salons. A jury-selected works and paintings hung from floor to ceiling. Works by less known artists were placed up high and those by well-known ones more centrally. The works hung close to one another without noticing the contextual relationship they formed. The karakul sheep (from which the skin is taken) being the ‘least important’ in this equation eat grass peacefully in an idyllic setting, seemingly unmindful of their future. I am juxtaposing apparently unconnected images playing on the salon style display to form a narrative around the central Karakul piece…hence the title, ‘The Cap’. 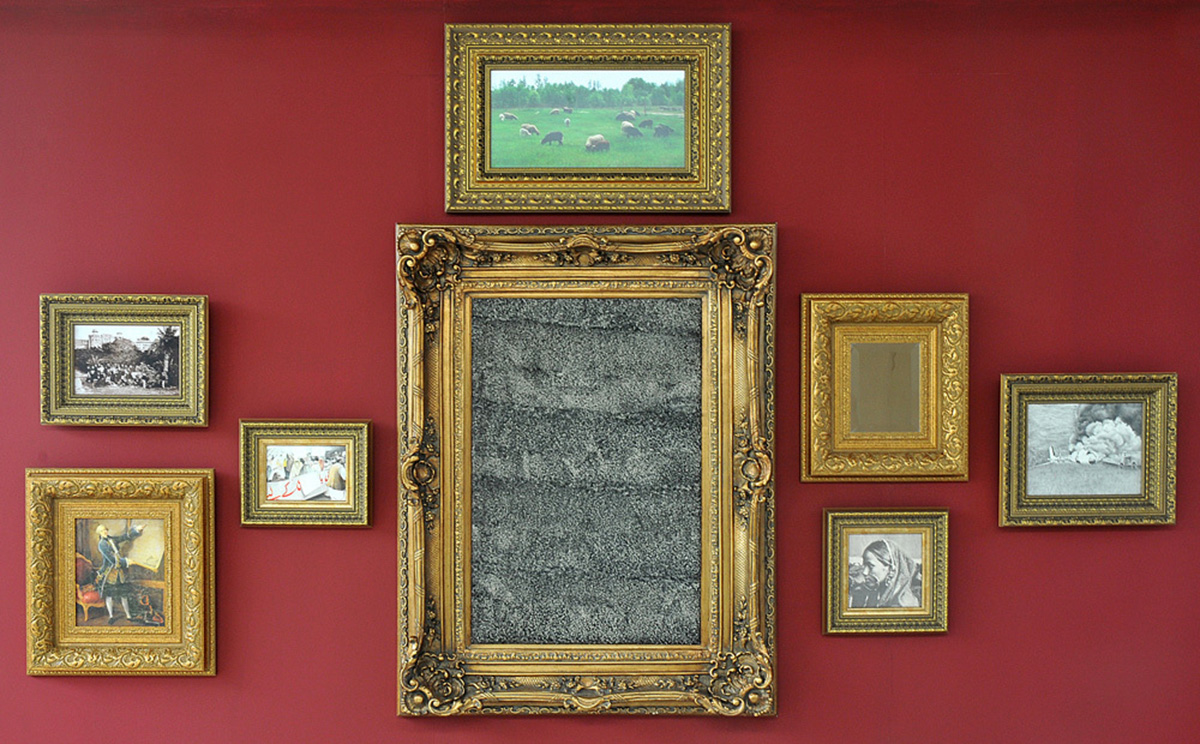 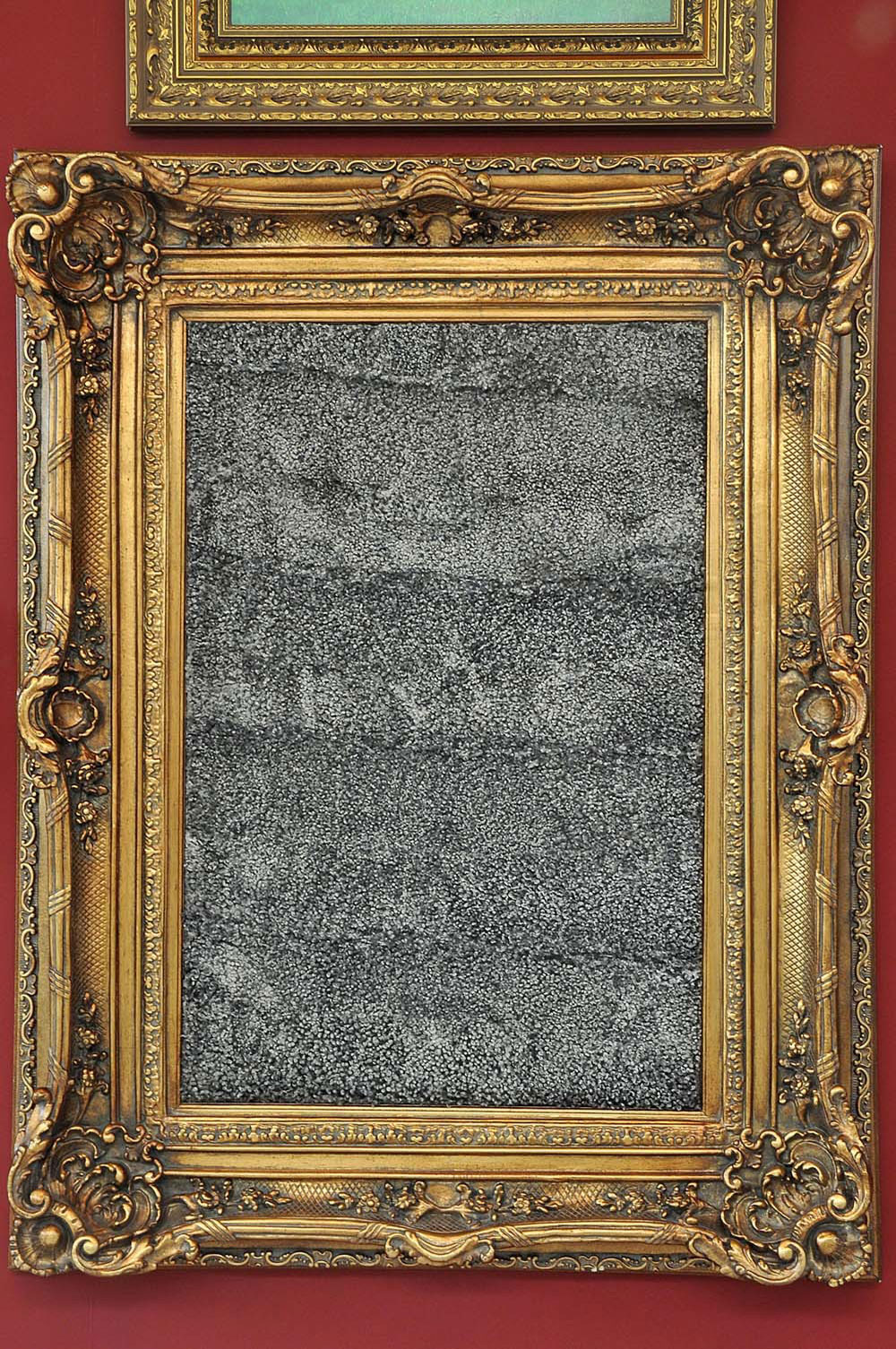 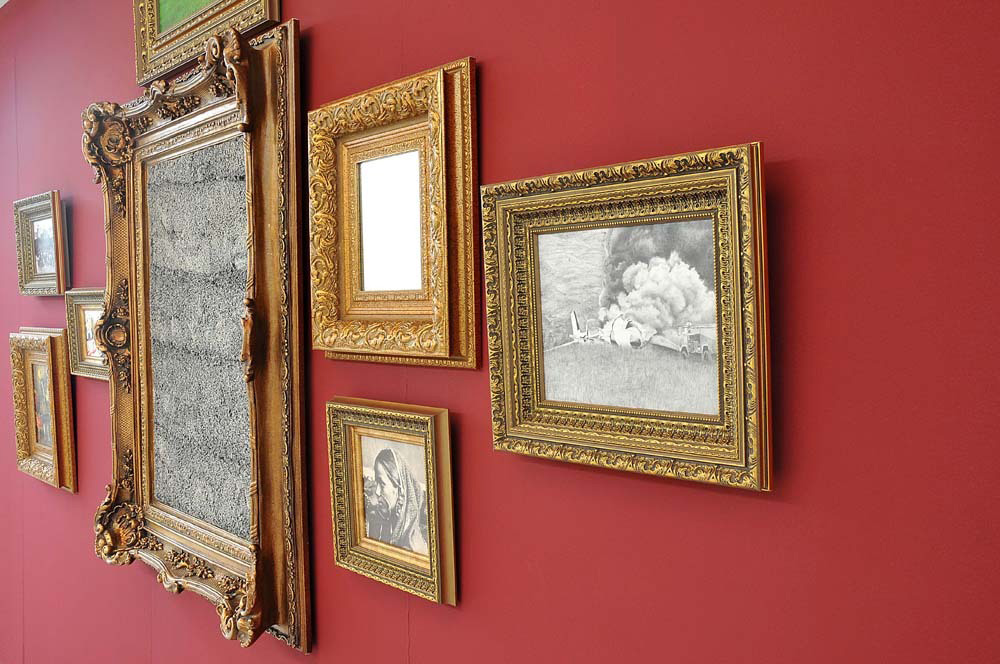 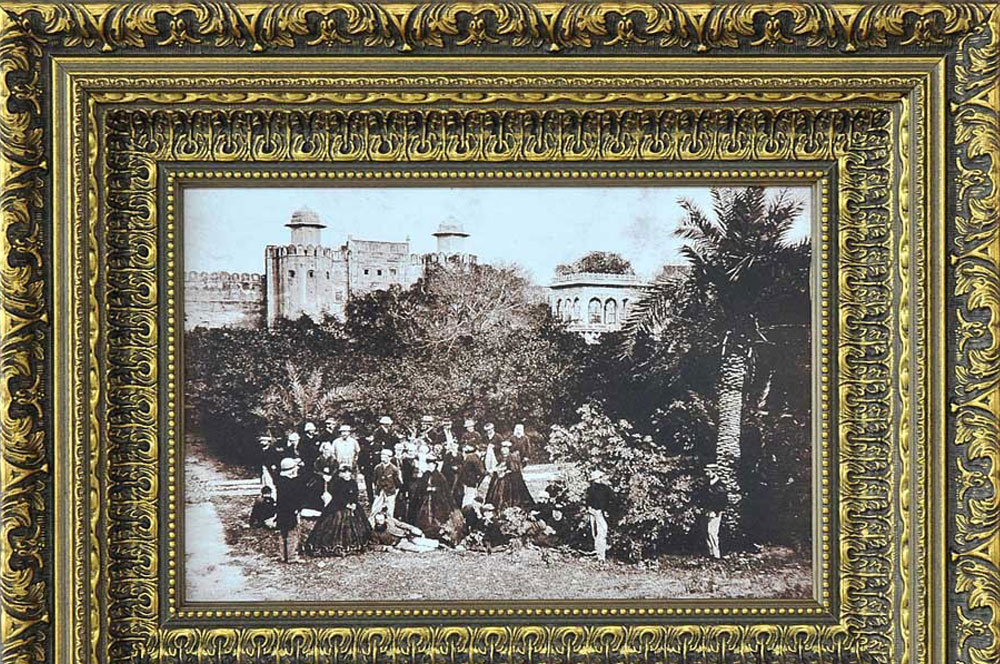 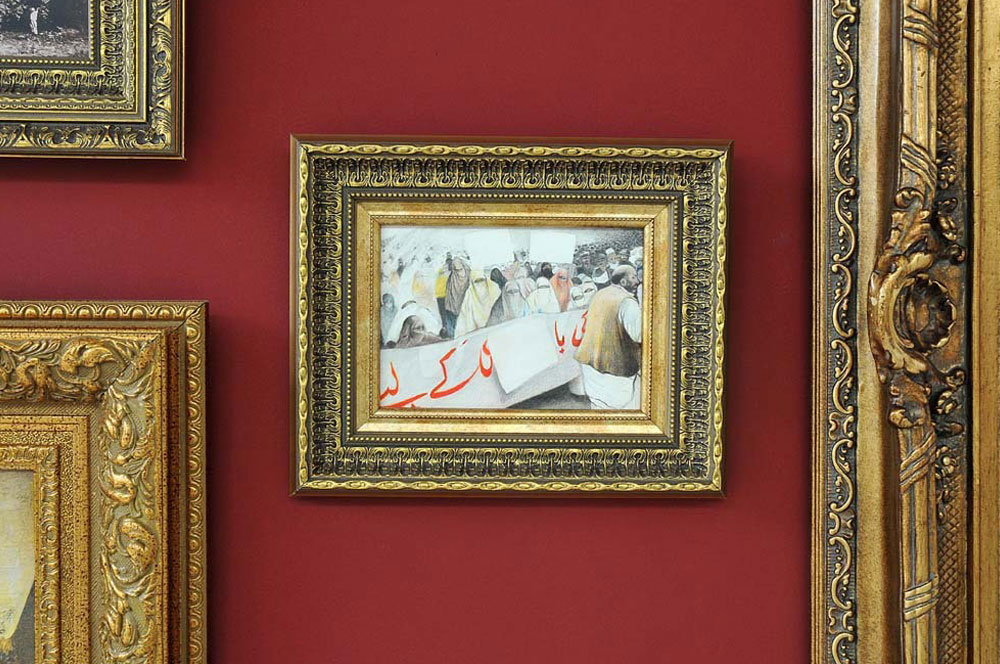 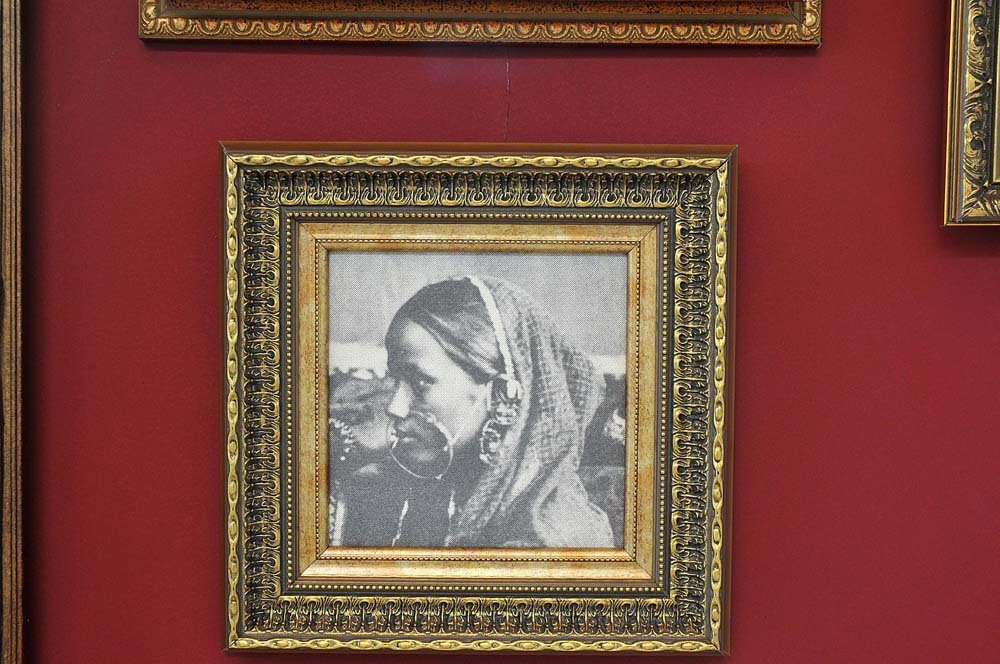