A museum-like painting of the legendary ‘Bhangian Wali Tope’ or ‘Kim’s Gun’, following the November 2007 events, seems animated with the smoke coming out of it. It is juxtaposed with a quilt that has two superimposed maps of Lahore; one from the 19th century British India and a current one.

Bhangian Wali Tope played havoc on many a battlefield for more than hundred years, before being taken over and put on display on the Mall by the British in the 19th century. 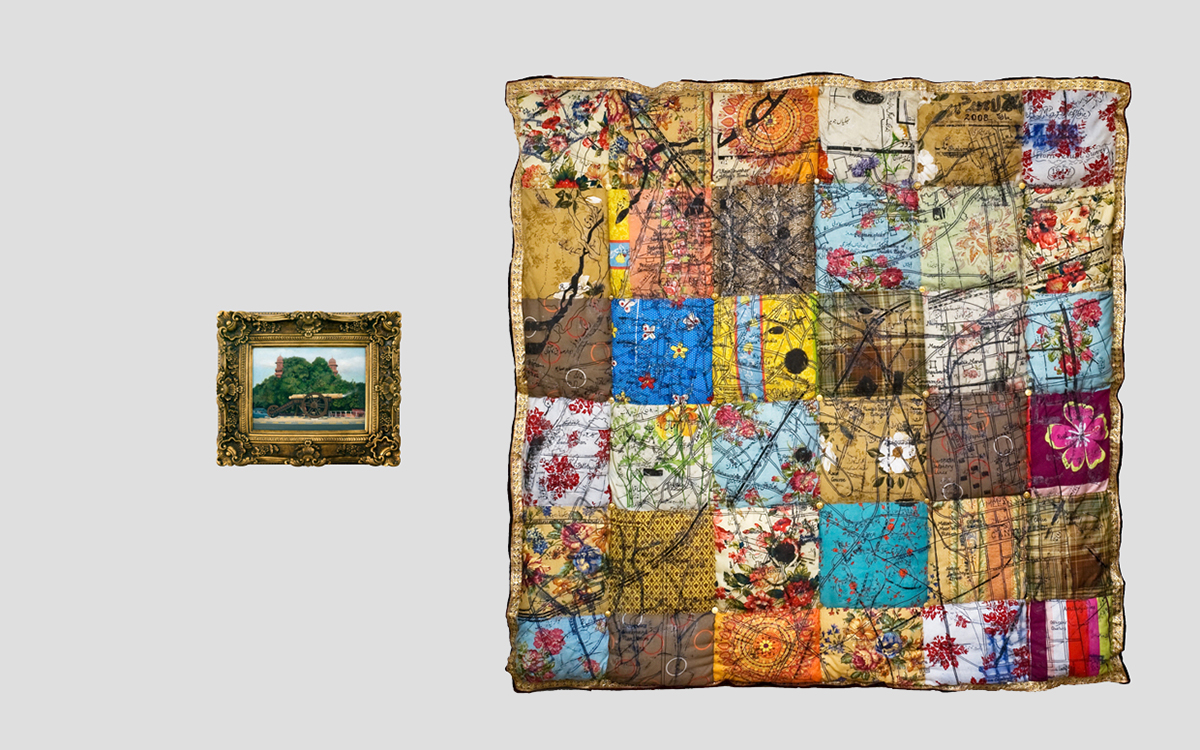 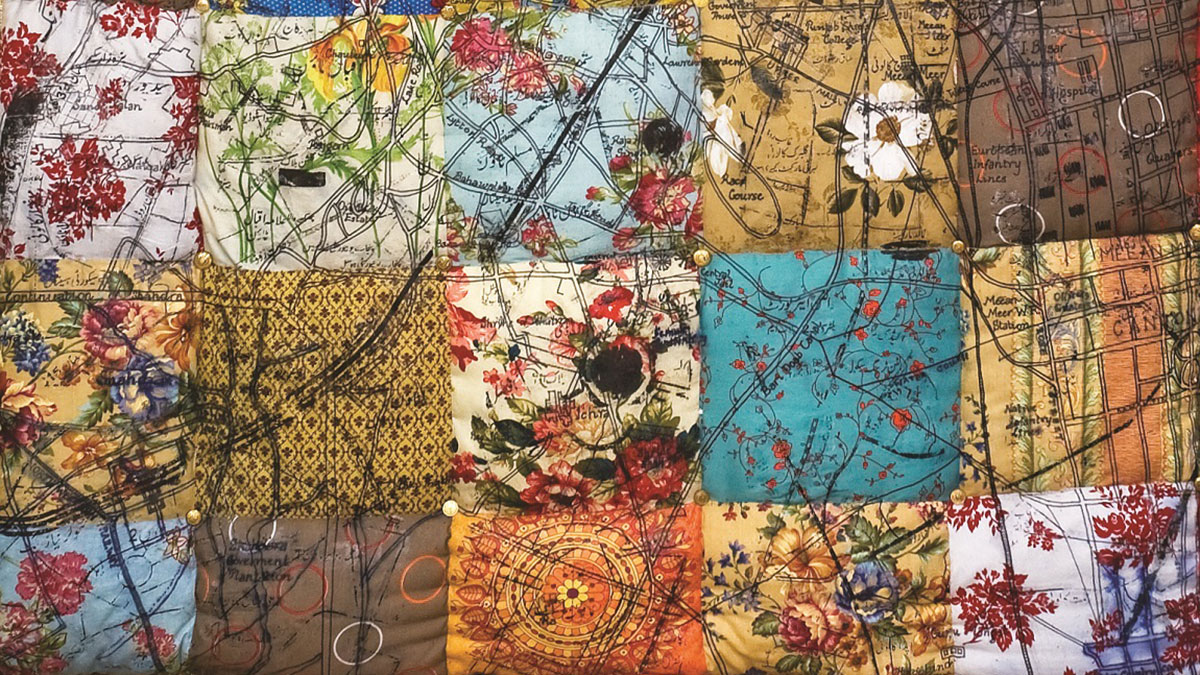